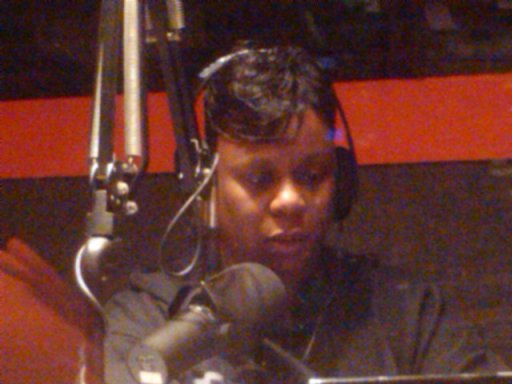 Denise produced and hosted, along with her husband, Bobby, two live Christian showcases, âKickâem or Keepâemâand âPAS Unplugged ". These shows marked her entrance into the world of âLIVE" Radio.
Both shows were broadcast on three different radio stations (WGBX 1570AM) (WYCA 102.3FM) (1160AM) and streamed live simultaneously over the internet (www.PASE.TV).

These shows gave many local artists the opportunity to have their music heard over the air while also giving them a platform to perform live on stage. Many artists have come through the doors while the show was on the air. Many of those artists have gone on to win many accolades and awards.

Exhale Radio is her most current undertaking. It too is broadcast LIVE over the internet. Although it doesnât have the performance element to it that her former shows did, it still caters to the same audience, but with a slightly different twist.
Denise also has another website; Emotionalexhale.com that features Poetry (her first love) and gives local spoken word artist, musicians and vocalist a place in which to showcase and sell their music. She also has plans to open a performing arts center sometime in the near future.