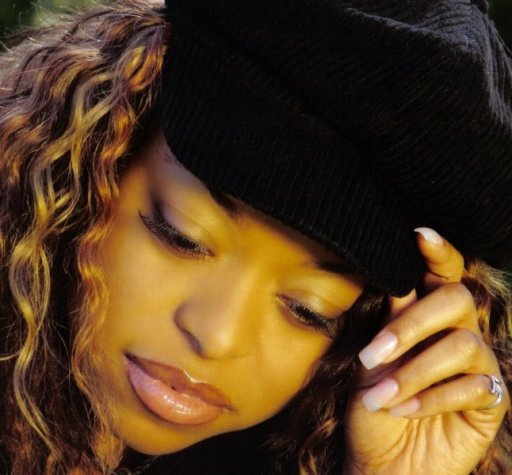 Born in Hartwell, Georgia, BJ has always possessed a love of music and entertainment. As a child, her bedroom walls were covered with posters of pop stars and legendary entertainers. The soulful, spirit-filled sounds of Shirley Caesar, Slim and the Supreme Angels, and Sam Cooke often filled her home. Over the years, BJâs interest in singing increased, and she dreamed of possibly finding her place in the music entertainment industry.

In 1990, BJ relocated to Atlanta where she enrolled in The Art Institute of Atlanta, majoring in Music Entertainment Management. While studying there, BJ met Christopher Lewis (now Tyscot Recording Artist) who started a new gospel group, New Anointing. As God had destined, Chris led her to Christ in the schoolâs library and unbeknownst to Chris, BJ had decided that day that she would no longer try her hand at being a singer. Needless to say, that moment changed her life. She began attending church and singing with New Anointing â where she would be groomed for what God had in store for her.

Later, BJ became a member of the group Caught up on One Accord, after meeting the groupâs founder Regina Gibbs, at church. In 1996, she was featured on the groupsâ debut album, The Best is Yet to Come. After a year and a half with Caught Up on One Accord, she joined David McClusky & Power of Excellent Praise, where she was mentored and further trained. Throughout her life, God has strategically connected BJ to talented singers and gospel artists such as Helen Baylor, Lecresia Campbell, Darlene McCoy, Wanda Trent-Phillips, and Denise Tichenor. BJ has traveled extensively on several European tours as a background vocalist.

In addition to her music ministry, she is also an aspiring actress. She has appeared in several plays, mainstream movies and independent films. She can be seen as an extra in the movies The Gospel and Tyler Perryâs Daddyâs Little Girls. BJ sees these opportunities as avenues to be a light and plant seeds of encouragement.

BJ currently serves as a worship leader at New Covenant Christian Ministries under the leader ship of Pastors Bill and DâAnn Johnson. Recognized for her soulful and jazzy sounds, BJ reaches listeners through her musical capabilities as she ministers the word of God.

BJâs debut CD âWith All My Heartâ was released May of 2009. Her ultimate goal is to inspire and spread healing, hope, love and deliverance by spreading the gospel of Christ through song internationally. She would like her life to exemplify a true relationship with Christ and the touch the hearts of many. For the Lord sees not as man sees, man looks at the outer appearance, but God looks at the Heart. I Samuel 16:7